A man and a youth will appear in court

A 30-year-old man and a 14 year-old boy have been charged after local businesses were destroyed in a fire yesterday (Friday, August 20)

Police Scotland has named the 30 year-old as Gary Alexander.

The 14 year-old cannot be named for legal reasons.

They are due to appear in Greenock Sheriff Court on Monday, August 23.

Inspector Morven Sutherland, of Dumbarton Police Station, said : “A 30-year-old man and a 14-year-old male youth have been arrested and charged after three properties were damaged by fire in Argyll Street, Dunoon around 4am on Friday, 20 August, 2021. No-one was injured as a result of the fires.

“Additional uniform patrols will be in the area to provide reassurance to members of the public and I would urge anyone with concerns to approach our officers who will be happy to assist.” 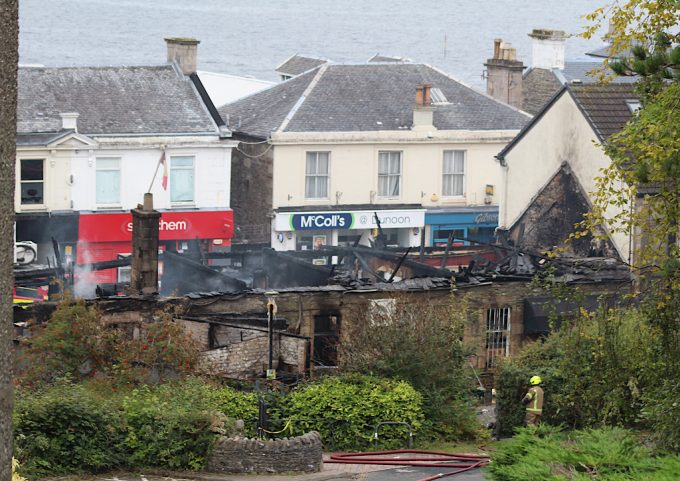