After a mammoth effort involving 300 council staff, 36 Argyll and Bute councillors were announced at today’s (Friday) count of votes cast at yesterday’s election at 124 polling stations throughout the region.

Votes from the area – including 23 inhabited islands – arrived at Lochgilphead by helicopter, boat, van and car to be counted.

The 11 wards which make up Argyll and Bute, some with three and others with four councillors, have now been declared by returning officer Pippa Milne.

The result was delivered at around 5.30pm and Argyll and Bute’s new council will consist of:

Some familiar faces have gone, and some new faces have arrived in the council chamber.

Although the SNP is the largest political grouping, meetings will take place over the next few days to form alliances in an attempt to take political control of the council and shape its policies for the next five years.

Full results and analysis in next Friday’s print editions of the Dunoon Observer and Isle of Bute News.

The local results can be seen below: 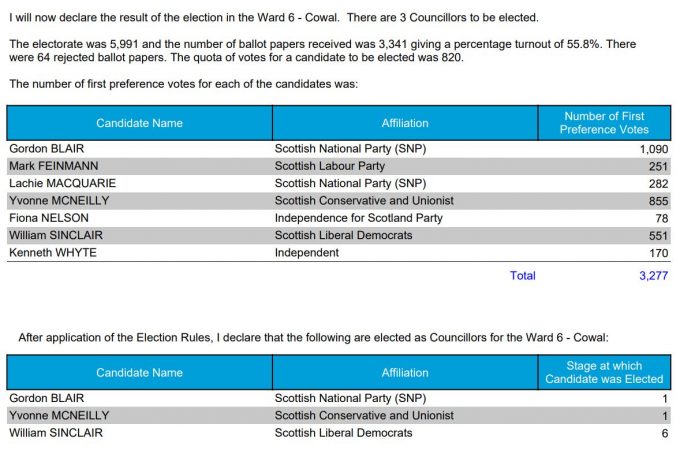 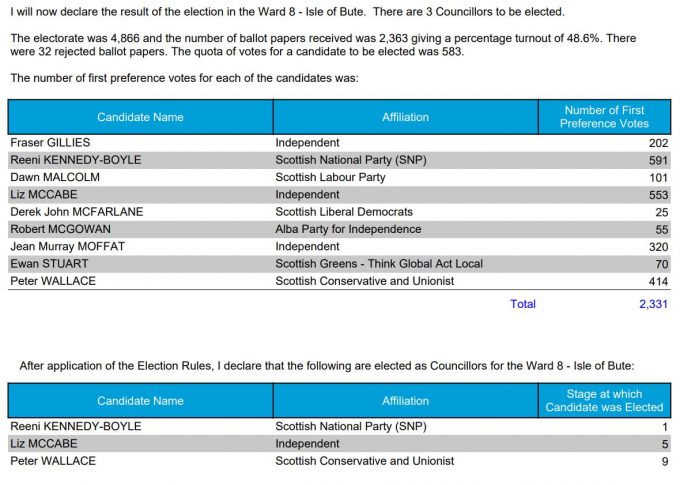