Pamela McFarlane and her daughter Sophia set themselves a challenge for July – to run 3km a day, every day for the whole month.

The challenge is acting as a fundraiser for the Foetal Medicine Unit at Queen Elizabeth University Hospital in Glasgow, where Sophia and her twin sister Olivia were cared for when they were born on July 31, 2014.

Pamela said this week: “The running is going really well so far, halfway through the month.

The running has another benefit other than raising money for a worthwhile charity.

The summer is usually a difficult time for Sophia and her family, as Olivia passed away in her parents’ arms when she was just four days old, while Sophia was in the next room fighting for her own life. 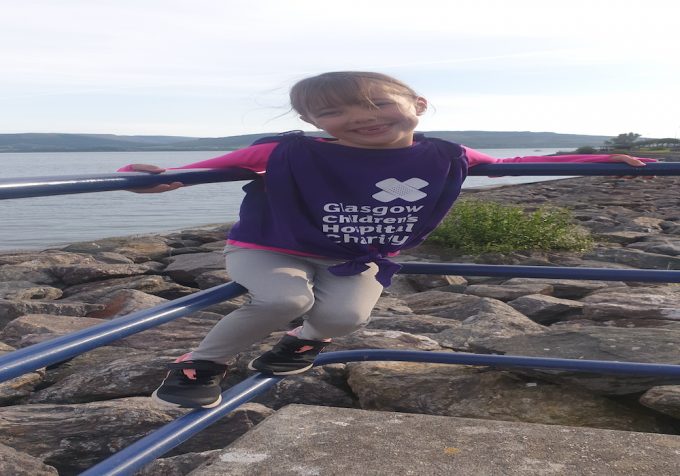 Sophia remained in the NICU at Glasgow Royal Infirmary for another ten weeks before going home.

“It is difficult emotionally, these are sort of trigger months for us, there are lots of difficult dates for us.

“Every year as Sophia gets older she gets more understanding of what happened, and she asks more questions.

“We are honest with her, we talk about Olivia all the time. Although she’s not here with us, she’s still very much a part of our family,” Pamela explained.

Pamela and her husband Andy have raised thousands for the charity over the years, and this run is just the latest in a long list of fundraising ideas.

“Sophia said to me that she wanted to do something special for her sister. We had a chat and I told her what he had done before.

“She’s always been a runner, and we always feel better when we finish.

“It’s also time that we can spend together, just her and her mum, I think she needs that support around this time of year too.”